I’ll write more about the Richmond NAHBS show later (it was great), but I’d rather talk about our trying journey to the old time music holyland, southwestern Virginia (and a bit of North Carolina). For me, to travel all the way across the country, let alone right to Virginia, without getting out and checking out the area and its music would be downright foolish.

We made plans to take an extra week after the show, and live like royalty off our t-shirt sales.

It was such an exciting prospect, we couldn’t even wait for the show to be over to start the festivities: 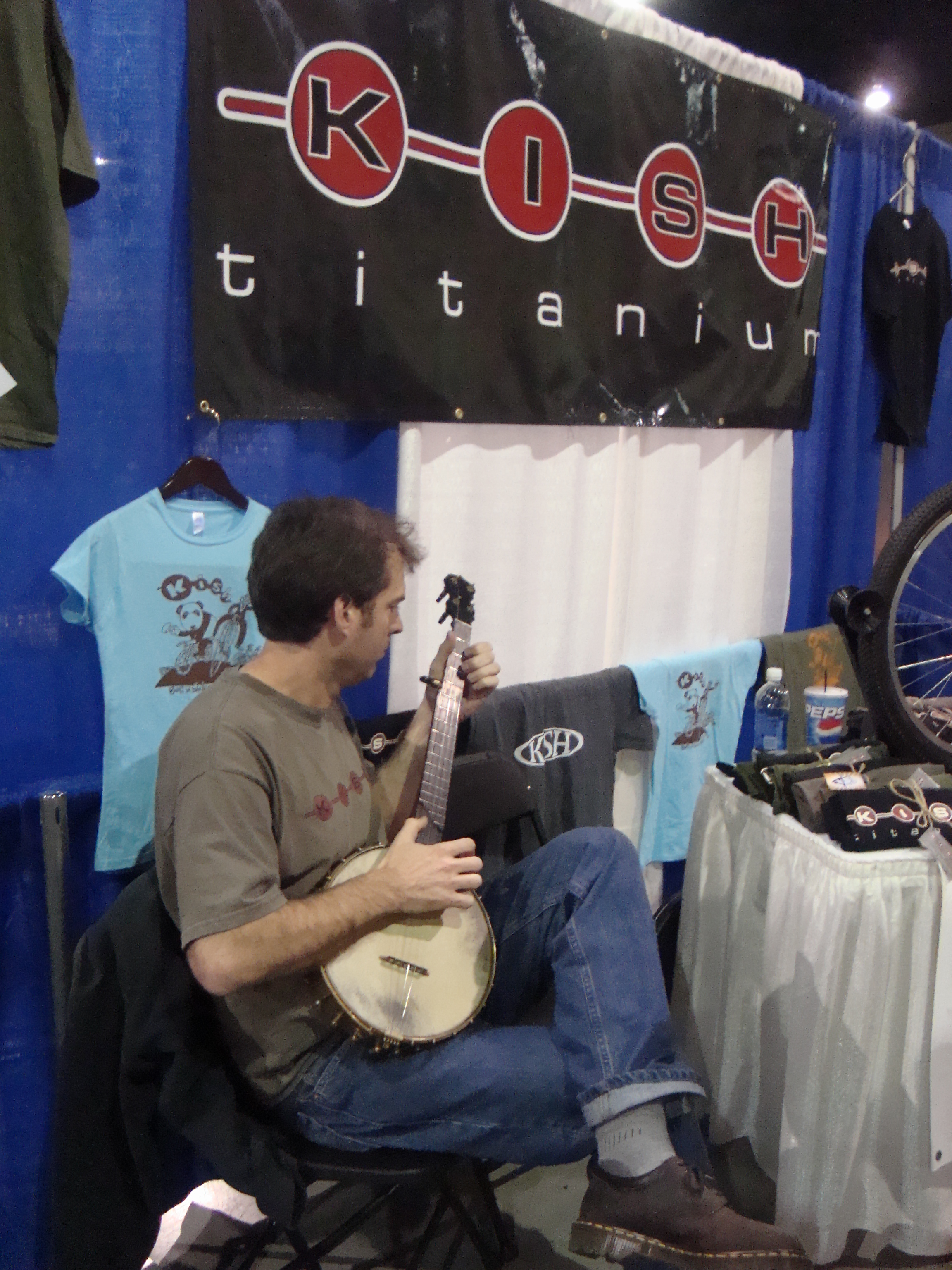 As it turns out, in Virginia, there are odd crossbreeds of bike nerds and old-time musicians, the result being every bit as terrifying as you’d expect: 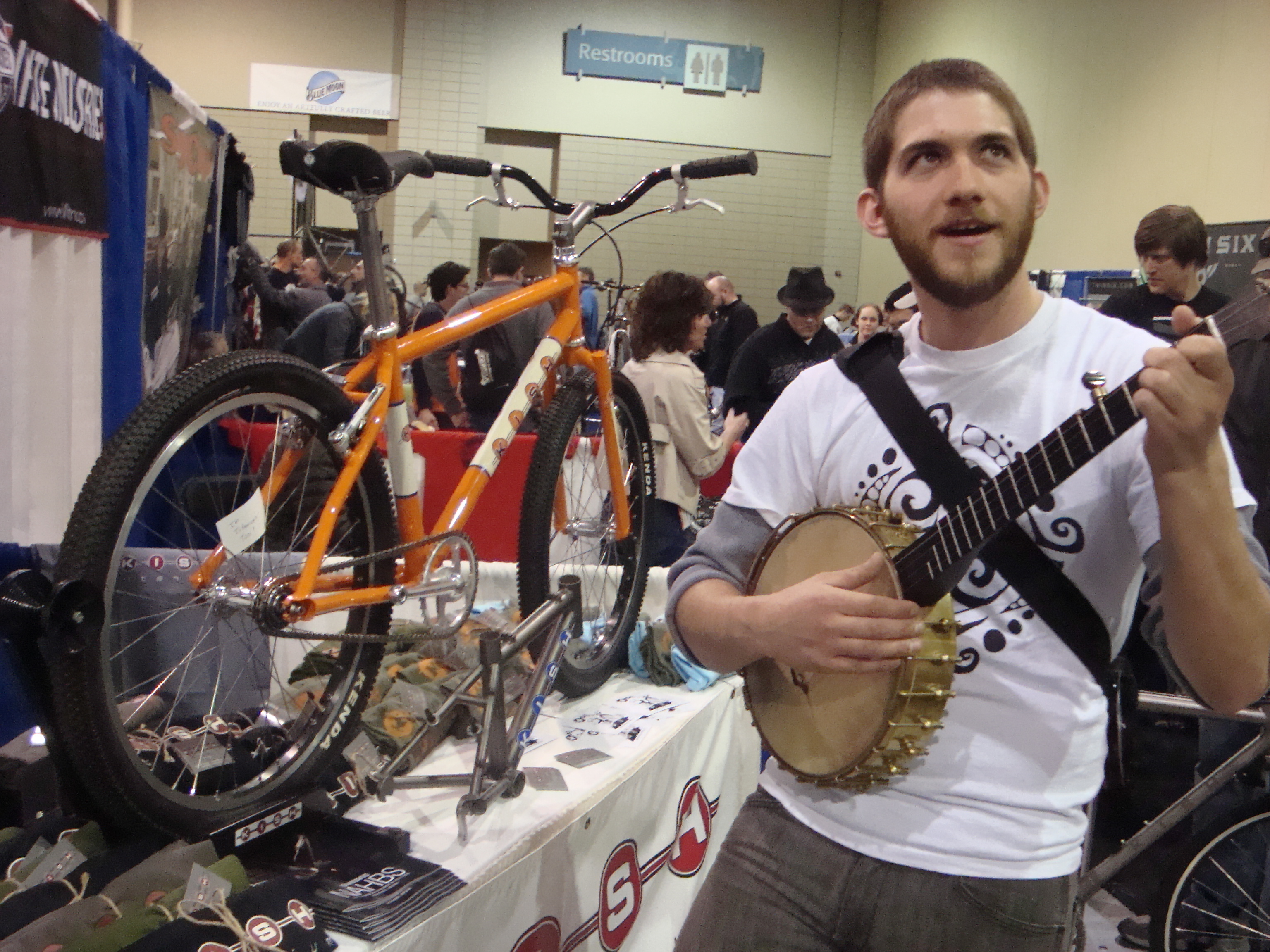 My razor-sharp business acumen later found me in another builder’s booth , wearing a t-shirt advertising yet another builder, while making fun of my own ‘brand’ (via aforementioned t-shirt) at the same time. (This was most likely the most attention I got all weekend, and it had nothing to do with our bikes, and was nowhere near our booth, which was being staffed by Michele and my mom at the time) : 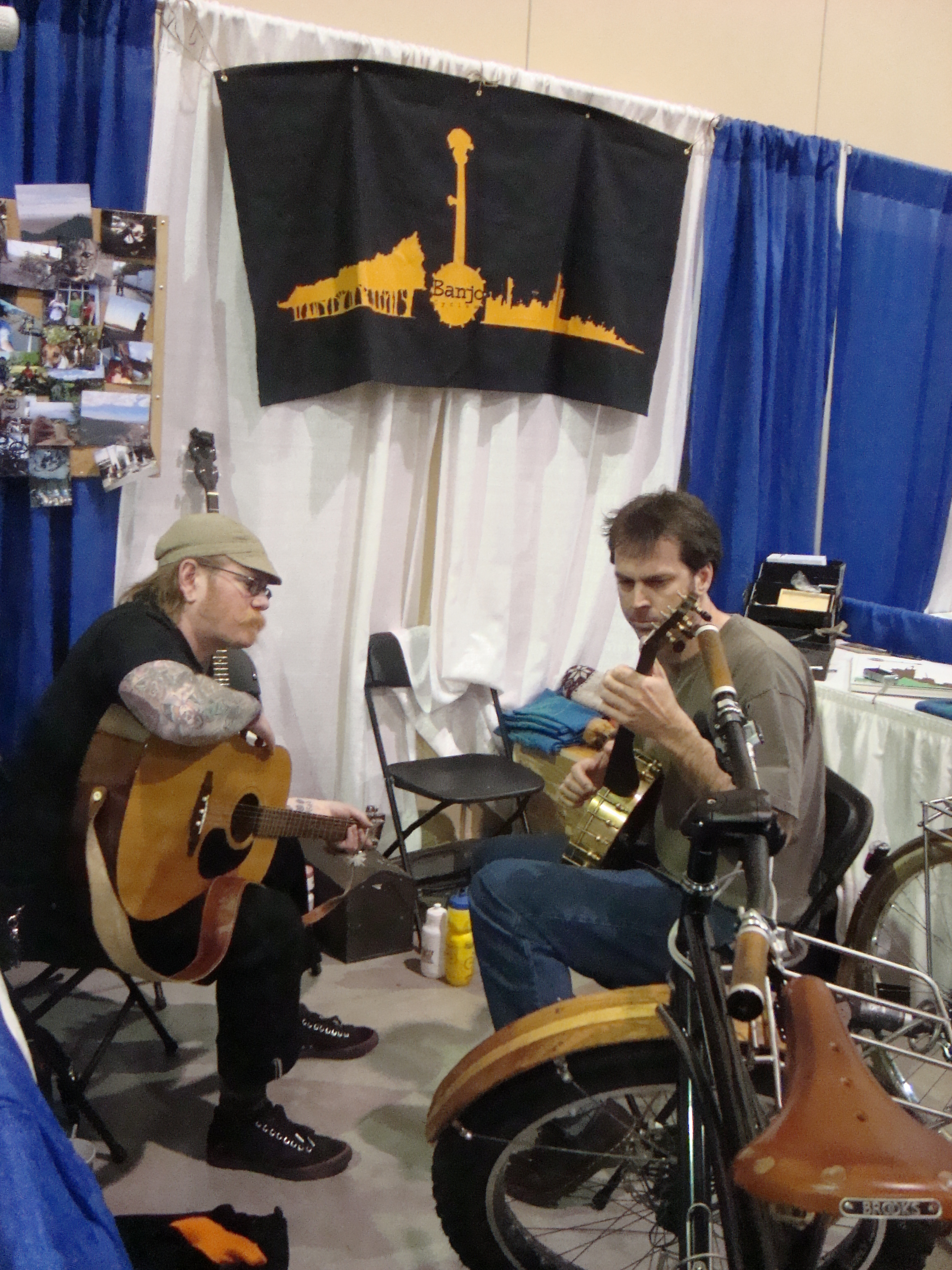 Once the show was over, we headed west. And south. And REALLY south.

The first landmark we happened upon had me seriously questioning the accuracy of my GPS, but then I realized we weren’t in Wiltshire, and this was in fact Foamhenge looming majestically before me: 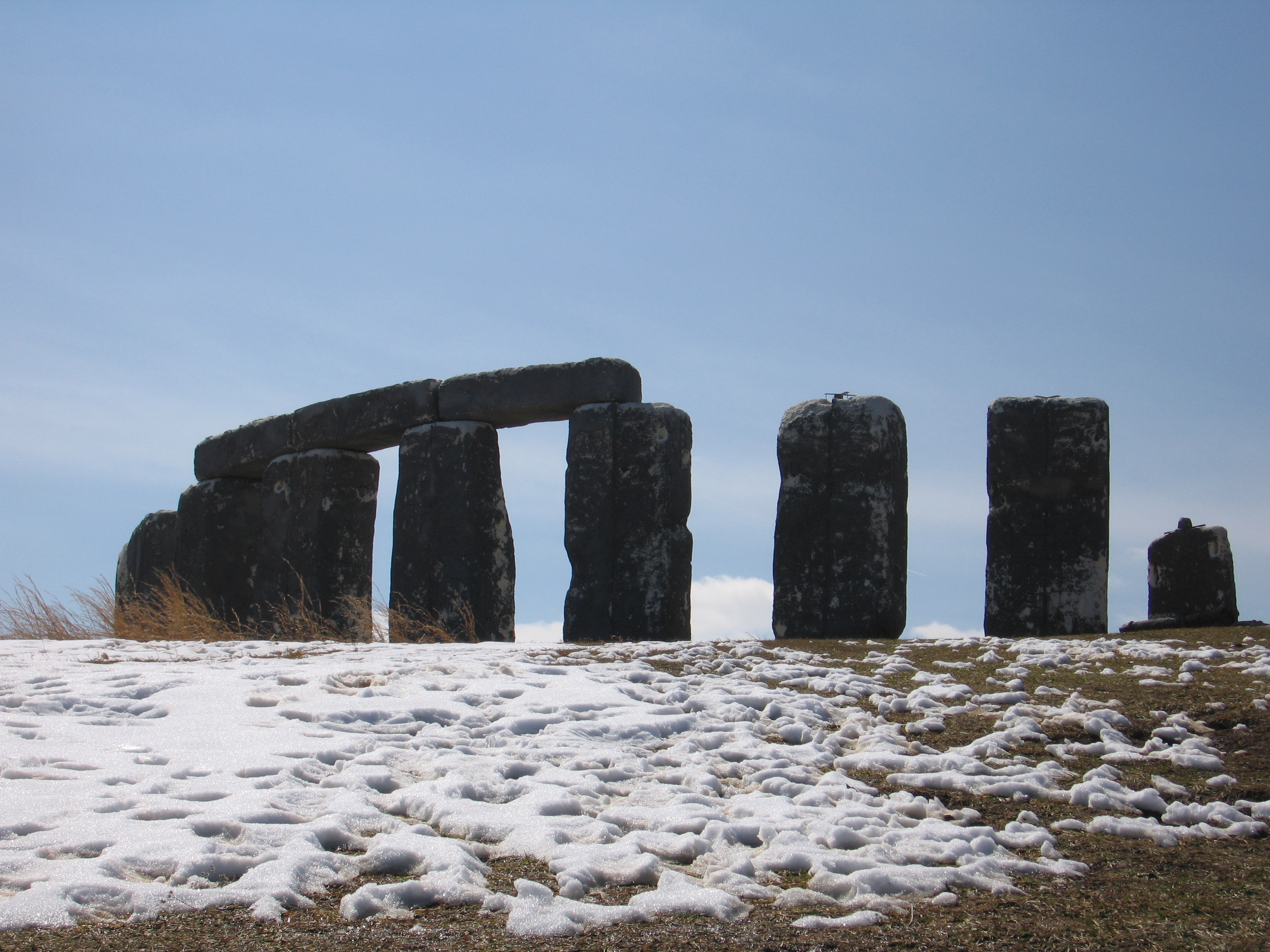 Most amateur-level vacationers would have stppoed right there and declared the trip a victory, but we continued on, toward the bustling metropolis of Galax, VA, home of the oldest and largest Old Fiddler’s Convention, where there was a very uncharacteristic, and un-partylike snowstorm rolling in: 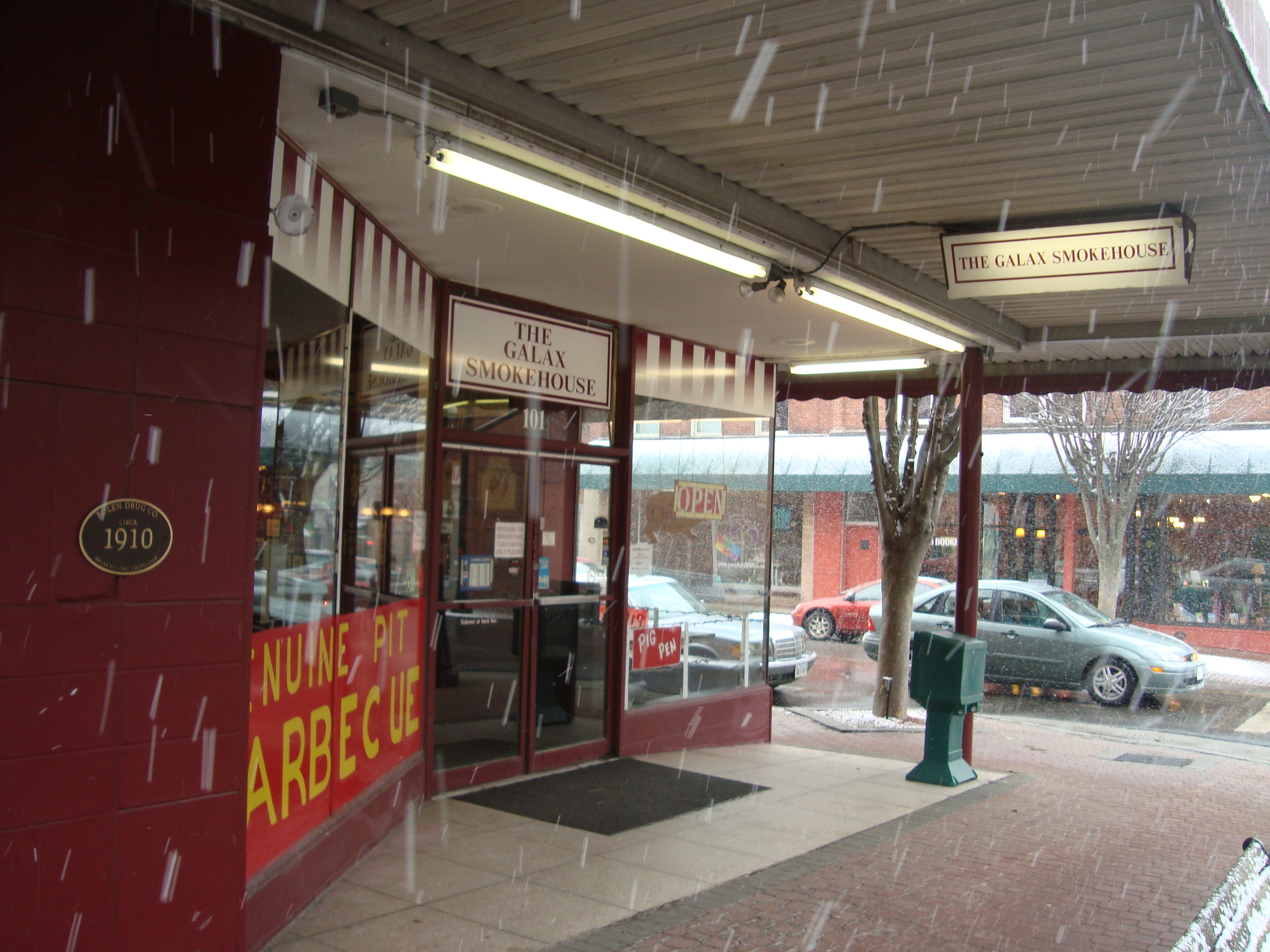 After eating about half a pig at the Galax Smokehouse we (actually me, Michele had a baked potato) headed up to our cabin, roughly 12 Alpe d’Huez units above Galax, where the REAL 300-year snow action was going on. After some rigorous scientific testing of rear-wheel drive cars’ abilities to climb steep dirt roads through 8 inches of fresh snow (results inconclusive due to test subject becoming immobilized mid-course), we finally arrived at our home for the next few days: 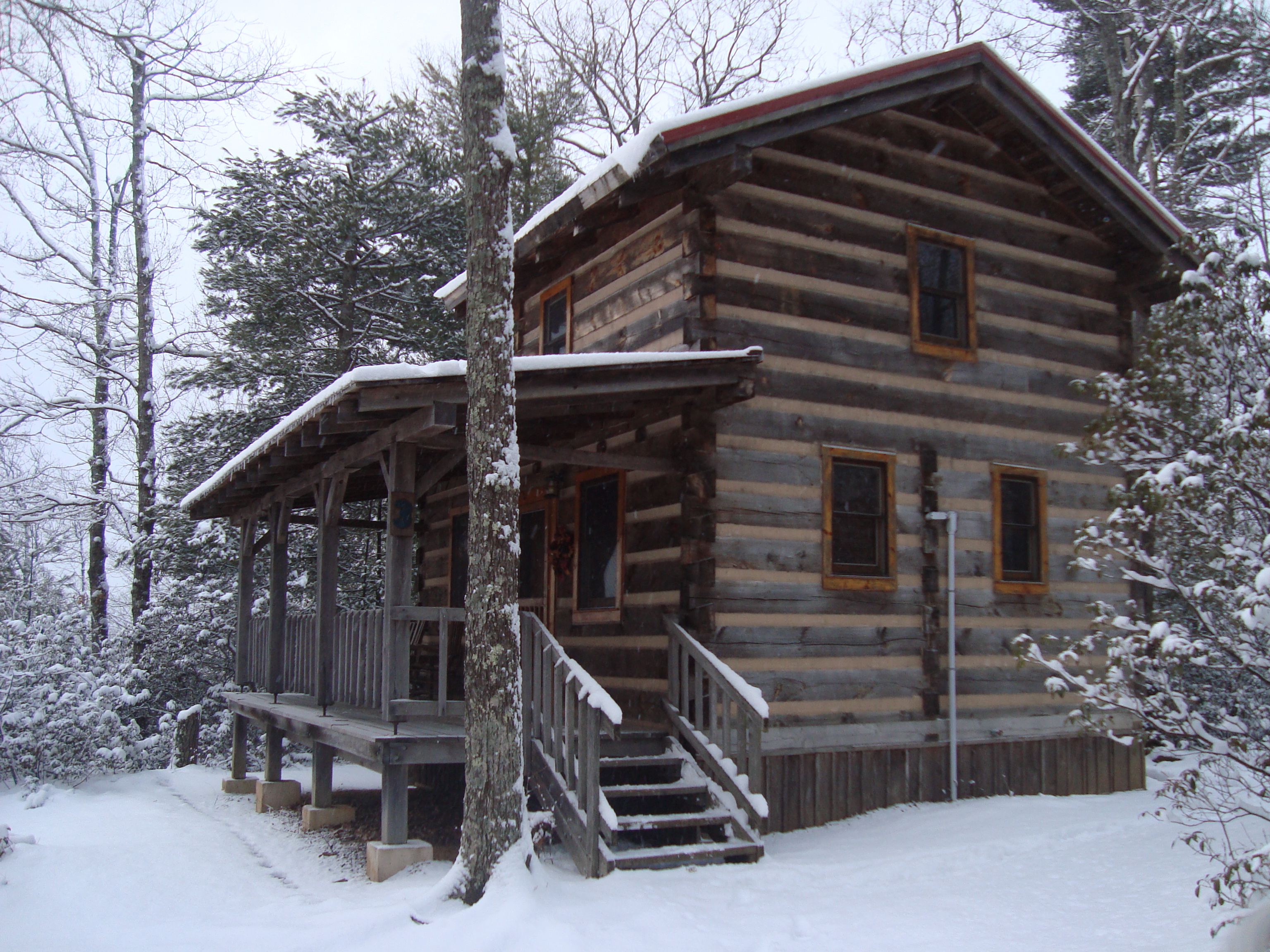 3 days, several salad mix kits, 1 box of wine and one jar of ‘bootleg’ later, the storm was a distant memory, and as the song says-the sun shined on our back porch… 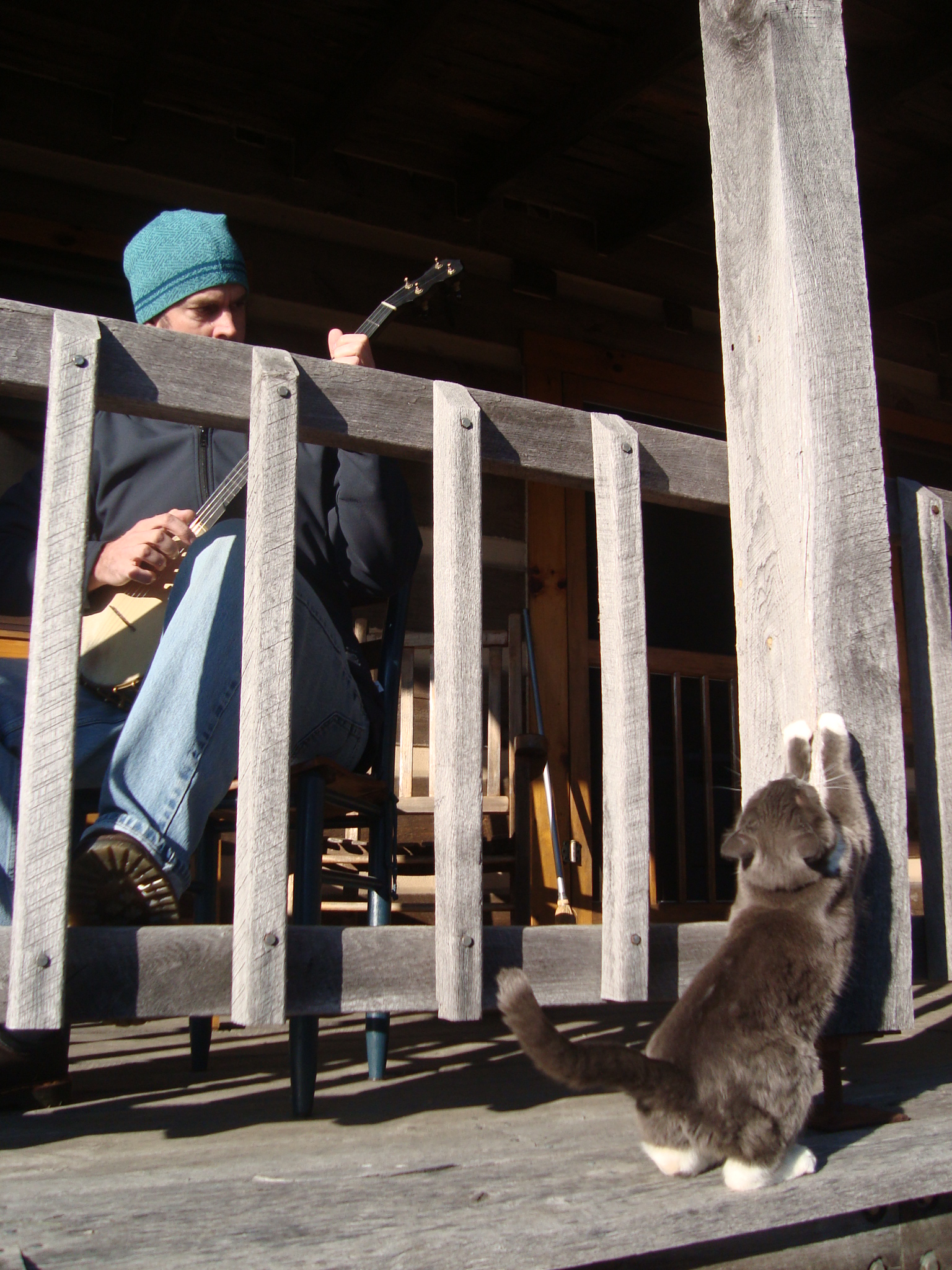