From here on out  (or until I get sick of it, most likely sometime around June) this blog is going to be updated once a month, whether there’s anything to write about or not! Why not, right? It’s not like the internet is already clogged with all kinds of boring crap no one reads.

So what’s going on this month? Well, for one thing the ol’ North American Handbuilt Bicycle Show is coming to town! Or, it’s coming to town if you happen to live in Louisville, Kentucky. 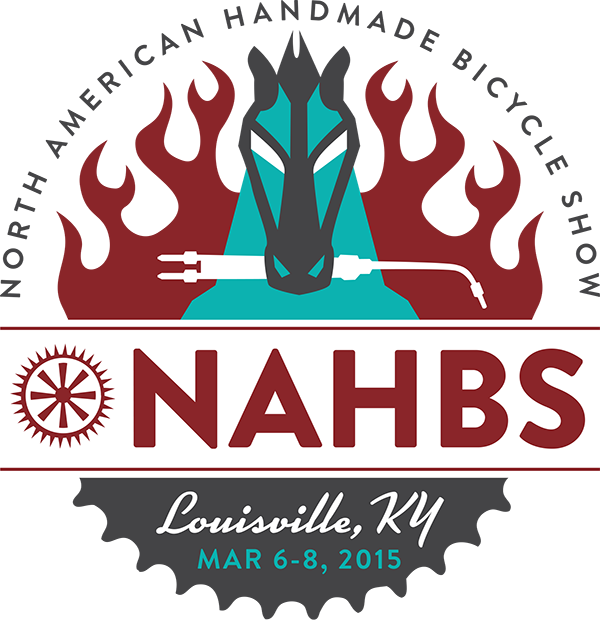 I’m especially looking forward to the brazing demonstration by 2008’s Kentucky Derby winner Big Brown, apparently named after what he will be leaving on the floor during the demo. So, come to our booth first, I don’t need that stuff tracked around, plus I can’t imagine what the thieving carpet rental company would charge to clean it up.

Speaking of booths, ours is #536. We’ll have bikes you can ride on snow, sand, dirt and even paved roads if you have those where you live. 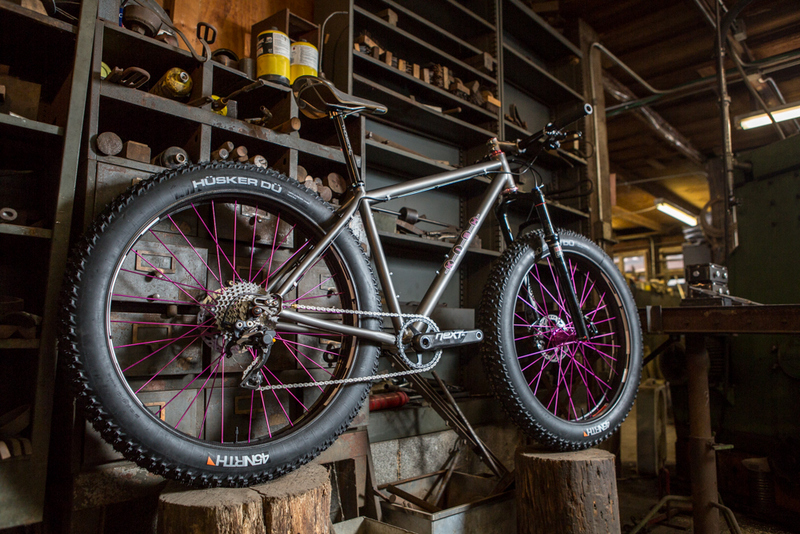 Or you can ride them on tree stumps in metal shops, I don’t really care.

We’ll also be displaying a built-up version of our steel Road Hog production road bike among all the other titanium bikes, and a gravel bike with some nifty new parts from our friends at Zipp, so new and nifty in fact that there is an ’embargo’ on photos of said parts until the show, so no photos yet. Just use your imagination. You’ve seen bike parts before.

There will also be new shirts, and trail jerseys, and a special Kentucky-themed limited-edition money-loser surprise item. I know, right?! Wow!

Aaaand, we’ll have a bike in Campagnolo’s booth, too, it should be easy to spot being as it is not made of carbon fibers. 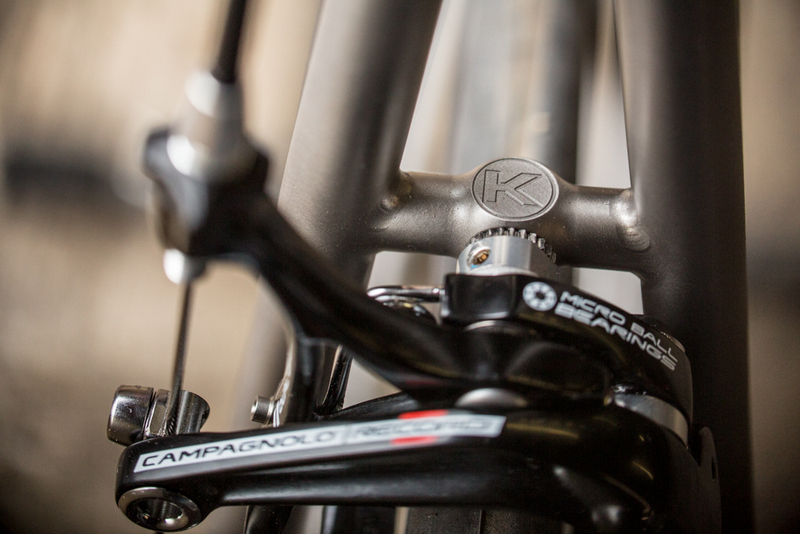 Once the Big Brown settles on this trip, all the new merch will be added to the site, as well as more pictures of the Road Hogs, sorry for the delay on that.