new photos on flickr from the sausage factory, and an exceedingly kind email

People seem to dig a peek behind the curtain of a giant frame building conglomerate like Kish Amalgamated Industries. I put a few such pictures up on flickr, of Jay D’s new cross frame. (Jay holds the current record for time between taking delivery of one frame and ordering a second one–one ride.)

this here is a tube…. 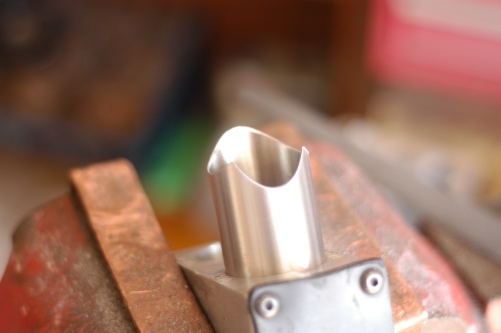 So far, there’s no ‘action’ shots, just Julia Child-esque ‘look what magically appeared’ photos. Unfortunately, my team of apprentices have all been absent recently. Most are on tour with Anvil, I think.

Also, endurance racer Cutler F. made my day with this email yesterday:

“I wanted to write you a note to say thank you but “thank you” doesn’t
begin to cover it. I have been playing in the outdoors for  all my
life; paddling rivers, skiing mountains, hiking trails.

There are moments in time when a piece of gear comes along that significantly
raises the bar of performance. It makes everything suddenly easier and
more graceful. A game changer. Your frame has done that for me.

I’ve been riding bikes (like most of us) all my life. Seriously, 50 years.

There are only a few bikes that I can remember really changing my
life. My Schwinn Stingray that I rode to school for years, my first
mountain bike in 1983 and now.

This is why guys like me build bikes for a living (besides being otherwise unemployable). It isn’t for the money, or the cool factor, it’s so we can live through folks like Cutler who are out there on the roads and trails with big smiles on their faces despite some dweeb’s name on their down tube.

One Response to “new photos on flickr from the sausage factory, and an exceedingly kind email”