Whoops, my plans to post a recap/thank you for 2011 obviously didn’t happen, so let me try it now:

Thanks to everyone who bought bikes, frames, stems, parts, shirts and jerseys from us last year, and thanks, too, to those of you who kept in touch and sent pictures of your awesome bike adventures and vacations and all that. And a big thanks to everyone out there having fun riding their Kish bikes, and getting the word out about our stuff. Thanks to all of you, we had our ‘biggest’ year yet (meaning we ‘moved a lot of units’, which is how I imagine real business people speak, but I can’t be sure since I work in the bicycle industry, where real business people are typically shunned).

2011 was a big year in other ways, we took home the award for ‘Best Titanium Frame’ at NAHBS, and although the trophy is a little roadworn after serving as a hood ornament on my Ford F550 all year, it still brings a smile to my face each time I hoist myself up into my XXXL Krew Kab to drive the 4 blocks to the 7/11.

Speaking of wasting gasoline, last year we also moved our entire manufacturing enterprise from California to the Old North State of Carolina, where in 5 days we undid all of the carbon credits accrued by every person who ever commuted on a bike we built over the last 20 years. And even more fuel is being spent right now, in the form of burning anything I can find to keep warm. I don’t know how cold it is, since all I have to use is my thermometer that was built in San Luis Obispo, California, and it only registers temperatures from 55 to 75 degrees. Suffice to say it’s cold enough that I needed to change out of my Crocs, to my sherpa-lined Crocs, and finally to my Ugg boots before my feet thawed out.

Despite the presence of actual weather, we have settled in nicely in NC, and things are running smoothly. We’re still trying to figure out something new and exciting to do this year, since 2012 marks our 20th anniversary building bikes! But that’s a matter for another day, time to throw another tire on the fire and get back to work… 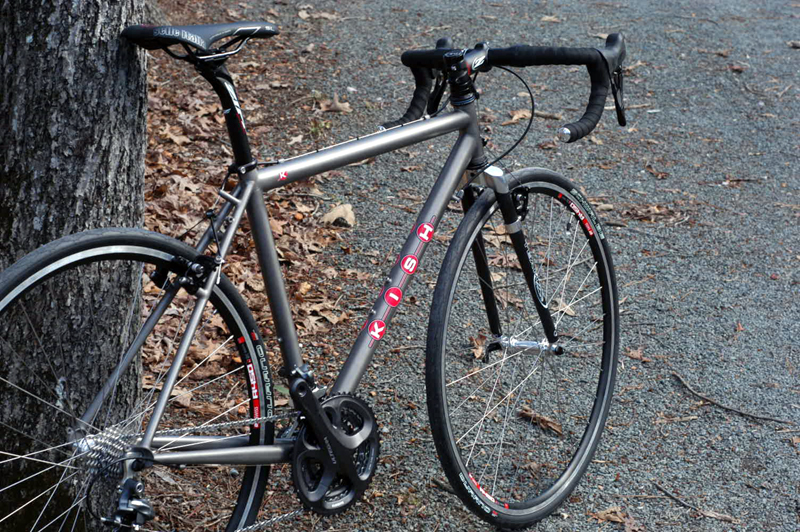