There’s been so much happening here since our move to the great state of North Carolina, I haven’t had a chance to post anything new here in a while. One thing I’ve noticed is that it’s HOT. That’s probably not news to anyone else in the U.S., unless you live in the hermetically sealed, temperature-controlled bubble that is San Luis Obispo County (whose residents remind me of the mild temperatures at every opportunity).

Dom from the U.K. just sent over this picture from the Transpyr event, a breezy 510 mile, 8 day, 29K feet-of-agonizing-climbing event in the Pyrenees (loosely translates to ‘fire-knees’).

Eh, why not just do it on a single speed (it’s worth mentioning that Dom was the only SS in the event). 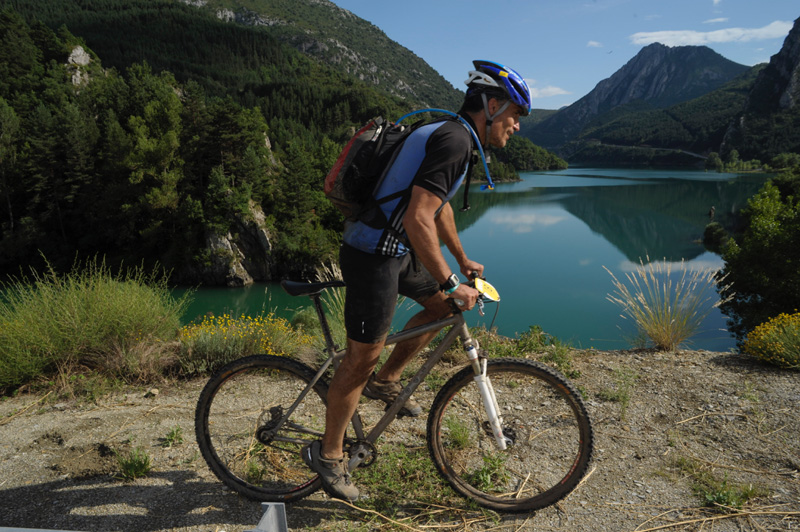 So, yeah, that looks like a pretty amazing ride, and it’s a cool bike and all, BUT I WANT TO JUMP IN THAT LAKE! I don’t even care if it has some San Sebastian sea monster living in it, I’ll take my chances.