Oh sure, it’s only June, and perhaps your shorts already feel like you’re teabagging a swamp creature, but let’s all pretend for a moment that it’s a cool September day, and we’re not choking on hot fog and being targeted for death by the sun…

Well, it didn’t work for me either, but here’s a few pictures of Jim W’s new rig, which will soon be tearing up the dirt in Virginia, as soon as the dirt stops being on fire: 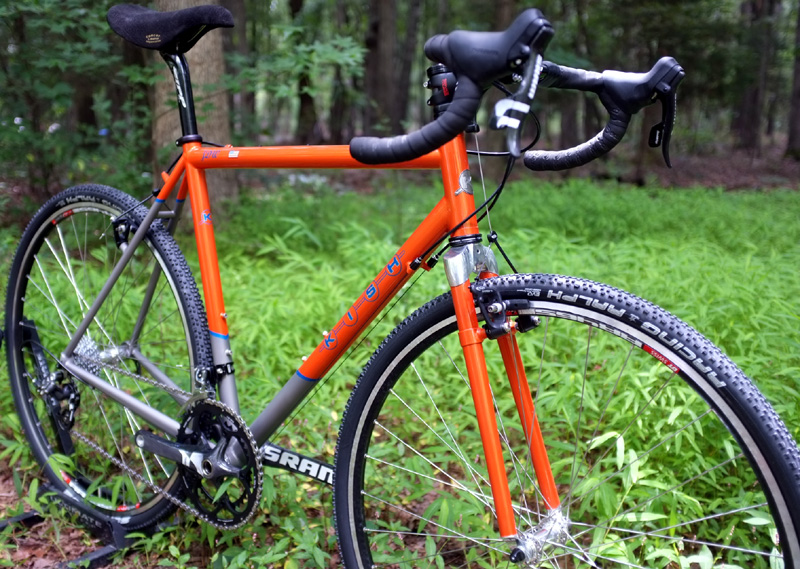 Jim’s is a standard titanium frame with our Sram Force kit, and a DT/White Industries wheel upgrade, not to mention an old school SSM Concor ultramegasuede saddle. They still make those! How awesome. 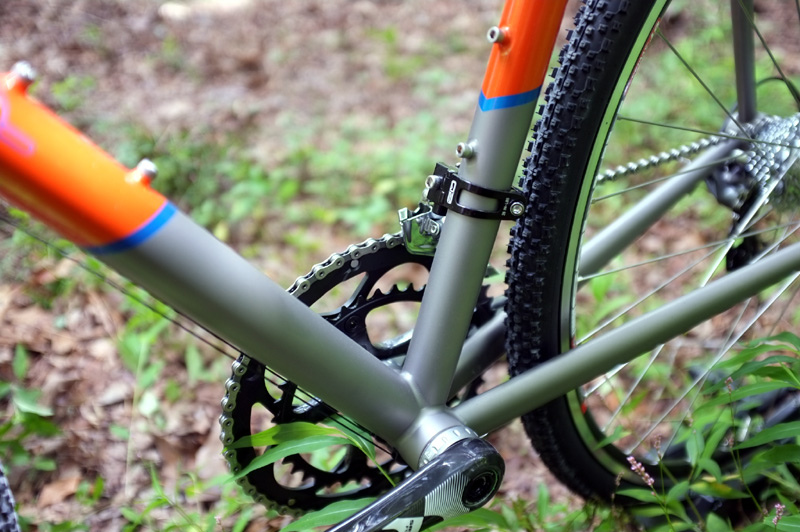 I’m probably preaching to the choir here, but we can put a bike together like this for about $5500. Not exactly chump change, I know, but you can spend a whole lot more and get a whole lot less. Visit your local high-end bike shop, take a peek at the upper end Big Name production bikes and you’ll see what I mean.

Jim put a new spin on a popular paint scheme of ours, basically just changing the transition to bare ti from a fade to a hard break, using the same blue as the logos. It looks great. 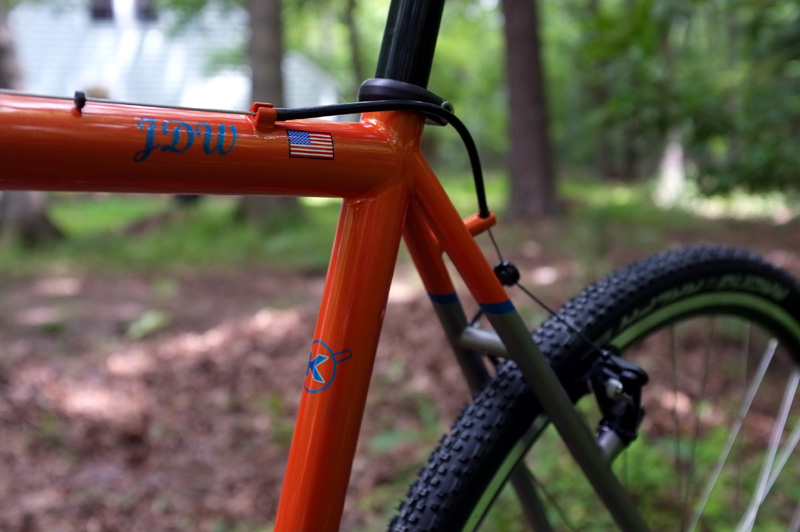 (In case I don’t get around to making a 4th of July themed post, come back and look at this photo.)