As the steamy greenery turns to cool orangery, and the not-snow eventually turns to snow (from what I hear), the gentle slap of mother nature can be felt everywhere here in North Carolina. The hypnotic drone of tree frogs and cicadas has given way to a crisp silence punctuated with occasional shotgun salvos and roaring chain saws. Unlike our old home in California, where the seasons are only marked by variations in fog density and tourist traffic, fall in NC has made its presence known.

In celebration of this transition, Matt F. from New York has chosen this lovely summer green-fall orange-winter white paint scheme for his SL road frame and Enve 1.0 fork. 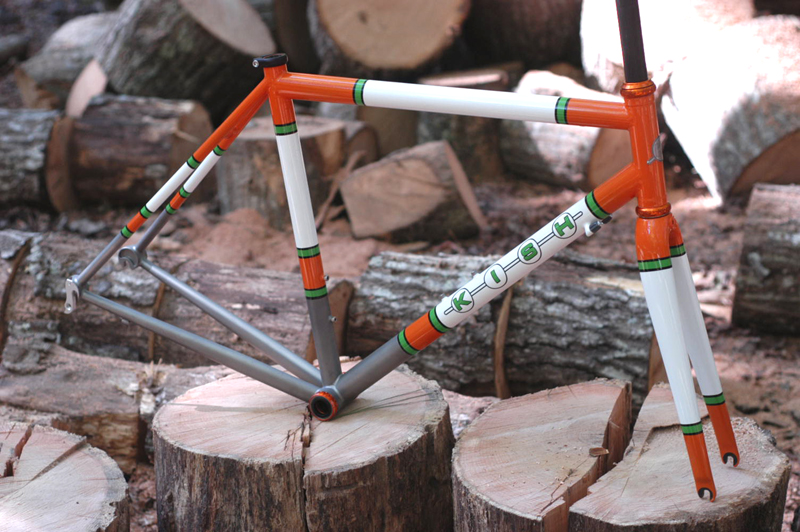 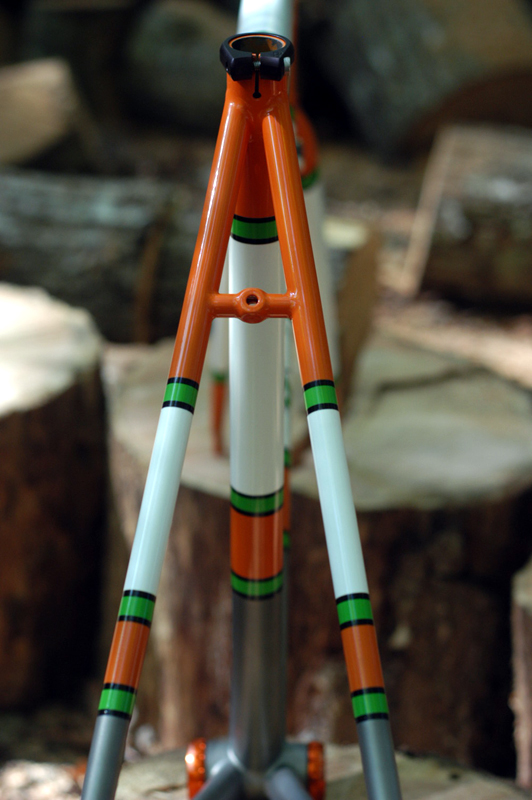 A little bit of bare titanium was left as a nod to the California fog. Nice touch, Matt! 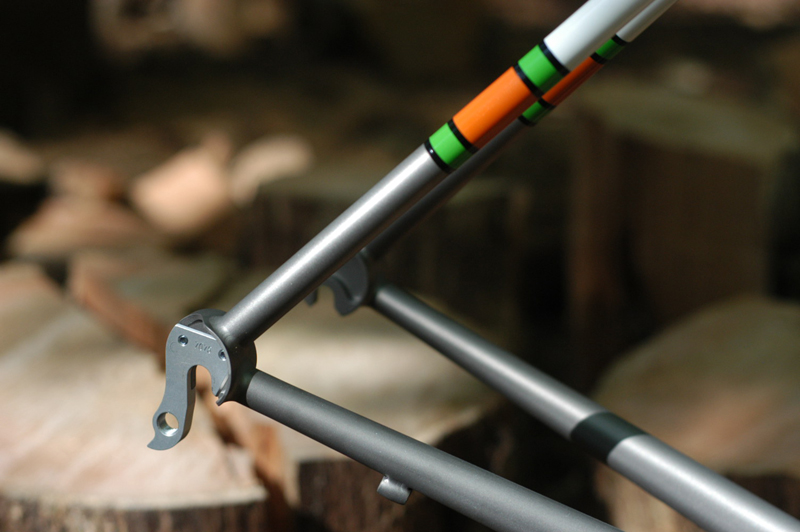 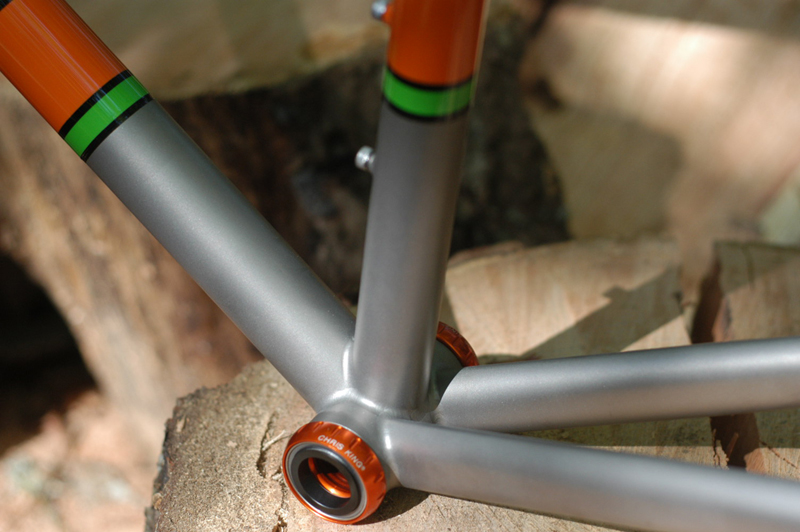 Ok, I made that all up, sorry Matt. I just wanted to show everyone your cool bike…