Eeyaaaarghh! Enough already, Mother Nature (if that is even your real name). I get it. Climate change, earth in upheaval, etc. This wussified ex-Californian is ready for SOME GODDAMN SPRING ALREADY. Being as this is ostensibly a bike blog, I should say I feel this way because ‘I want to ride my biiiiike!’, but if we’re being honest, really I want to sit on the porch and drink beer without a fluffy jacket and hat on. Maybe not pants either, but first things first.

This week we sent out a couple steel frames (I think these things might catch on!) for fancy paint jobs, this one for NC ex-pat John M.: 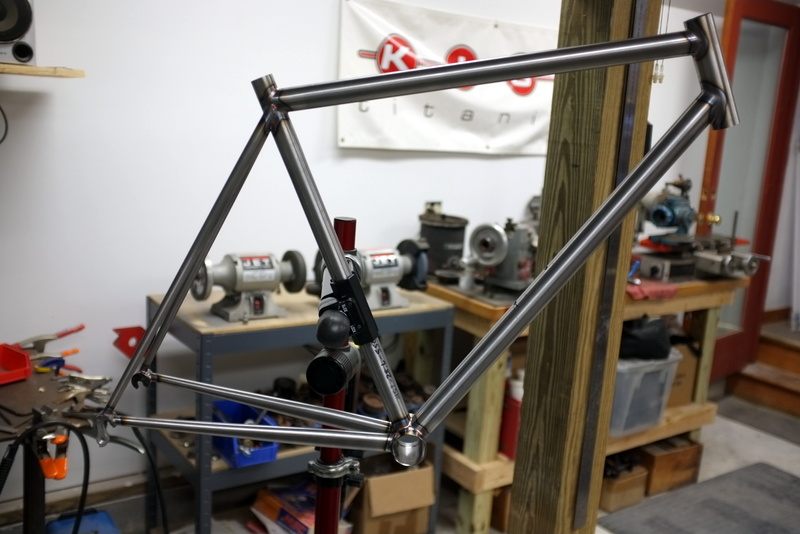 It even has the jumbo-riffic PF30 bottom bracket for added vertical compliance and lateral stiffness*! 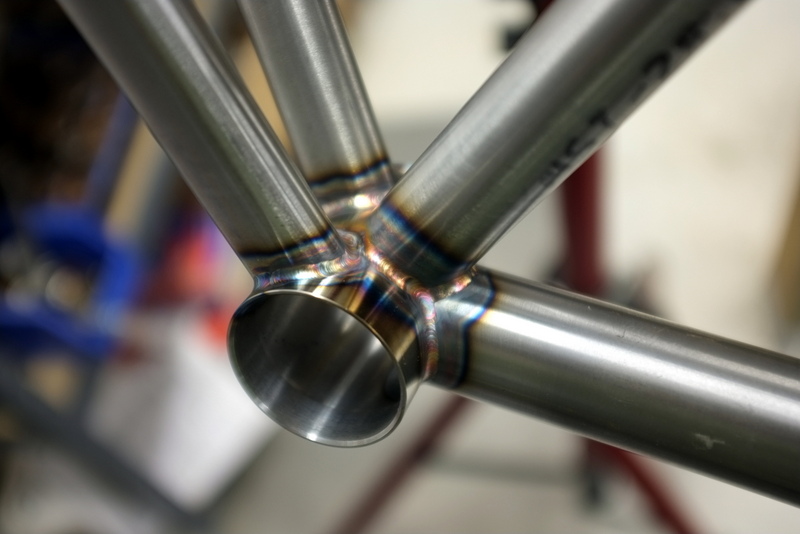 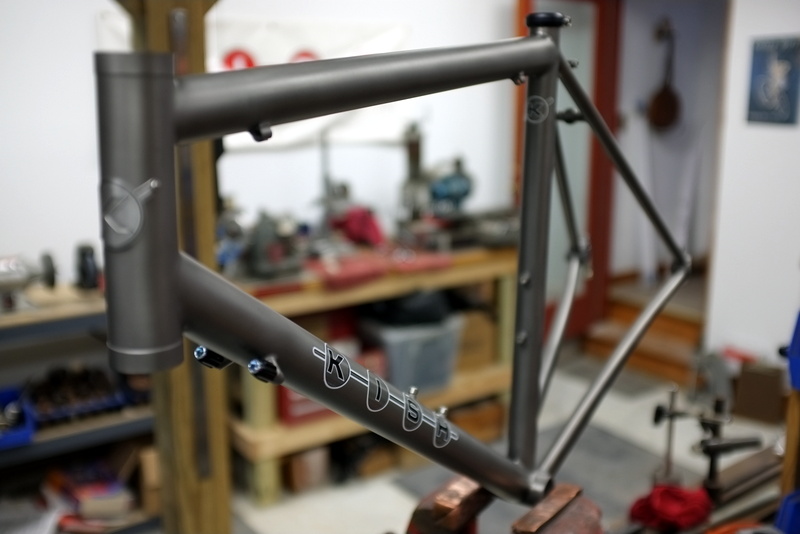 And another one that’s nearly identical, but has these things in the tubes so the bike will break down to a pocket-sized 10x8x8 inch box, so you can legally carry it on an airplane*: 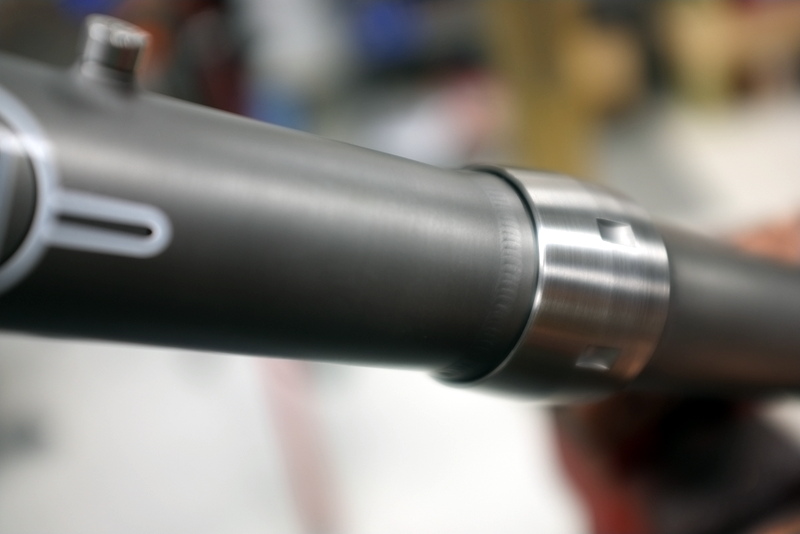 In music news (branchin’ out!), our good friend Tim Kerr‘s monstrously influential band, the Big Boys, have had their awesome Where’s My Towel/Industry Standard (from 1981, holy crap I’m old) record reissued on Light in the Attic. So, if you played your original to death, go ahead and relive your skate-rockin’ youth, it’s as awesome as you remember.

If you’re wondering what the connection is, Tim’s the guy who painted our eyebrow-raising frame from this year’s NAHBS: 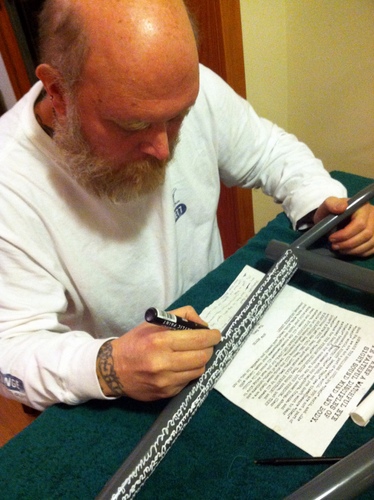 Look how happy he is, it came out great!

Tim also did a swell new T shirt design for us, they’ll be here in a couple weeks.

Last, we will have a new batch of mason jar/ti cage combos next week. Most are spoken for, but there are a few extras. If you want one let me know soon. 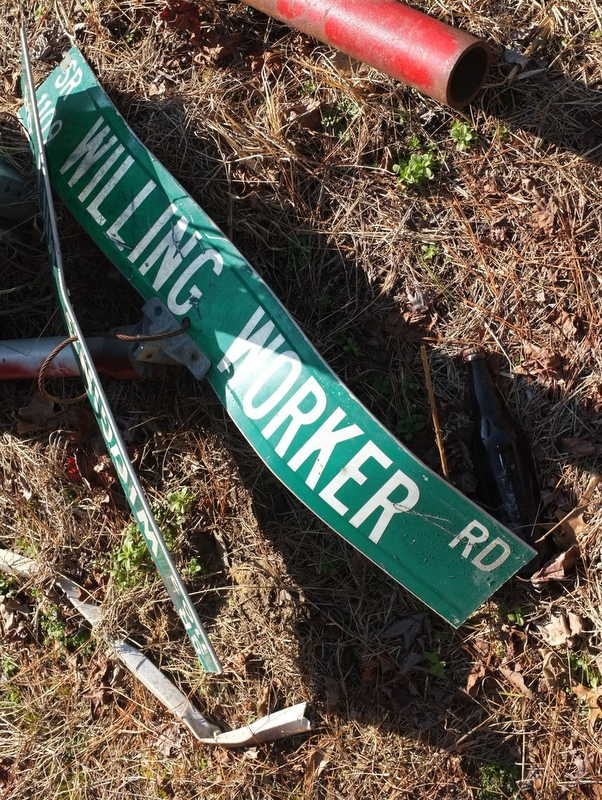