Off The Griddle at Paso Wine Festival 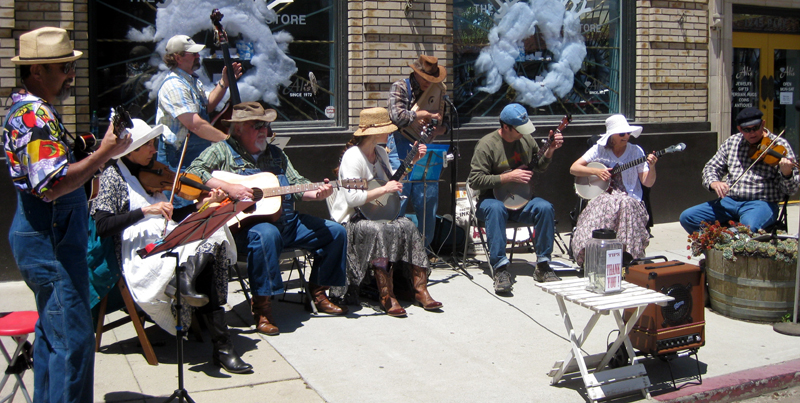 The Off The Griddle Old-Time Stringband Orchestra (or OTGOTSO as our legions of fans refer to us in their highbrow cocktail lounge conversations) played last weekend at the shockingly-overpriced yet surprisingly well-attended Paso Robles Wine Festival. Fours hours of fiddle-schreechin’, washboard-scraping fun!

Everyone played well, sunburn was kept to a minimum, and we got what had to have been Paso’s oldest resident (no small claim) shufflin’ in her walker. Unfortunately, no photo documentation exists of that moment, nor is there evidence of the Japanese tourist couple photographing each other in front us as if we were zoo animals.

Multi-instrumentalist Gil tore it up on his “chosen peoples’ harp”: 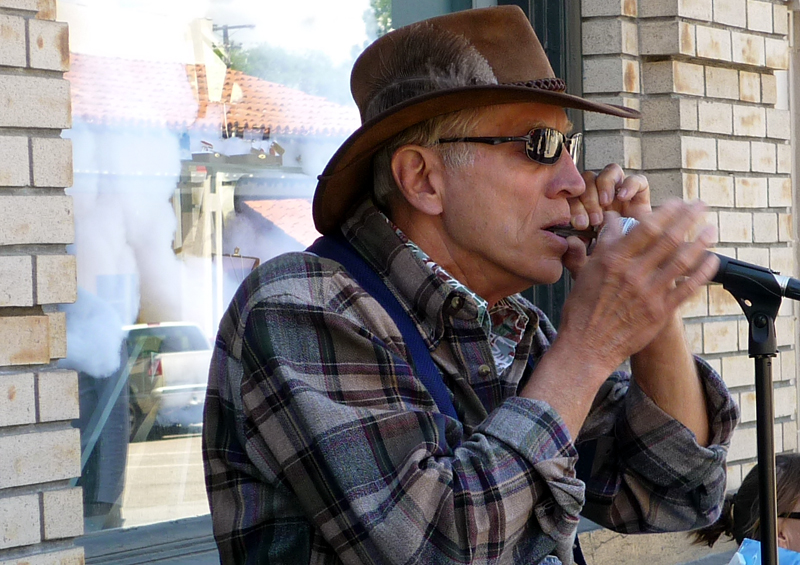 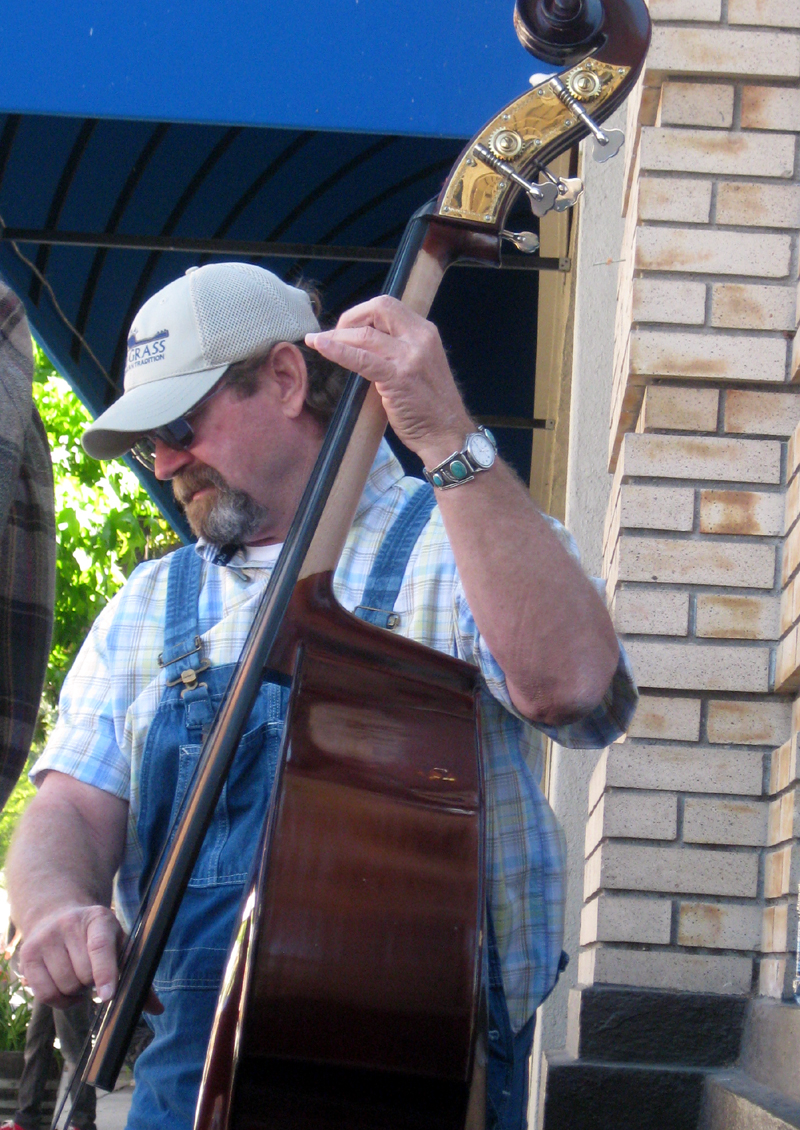 Other people did stuff: 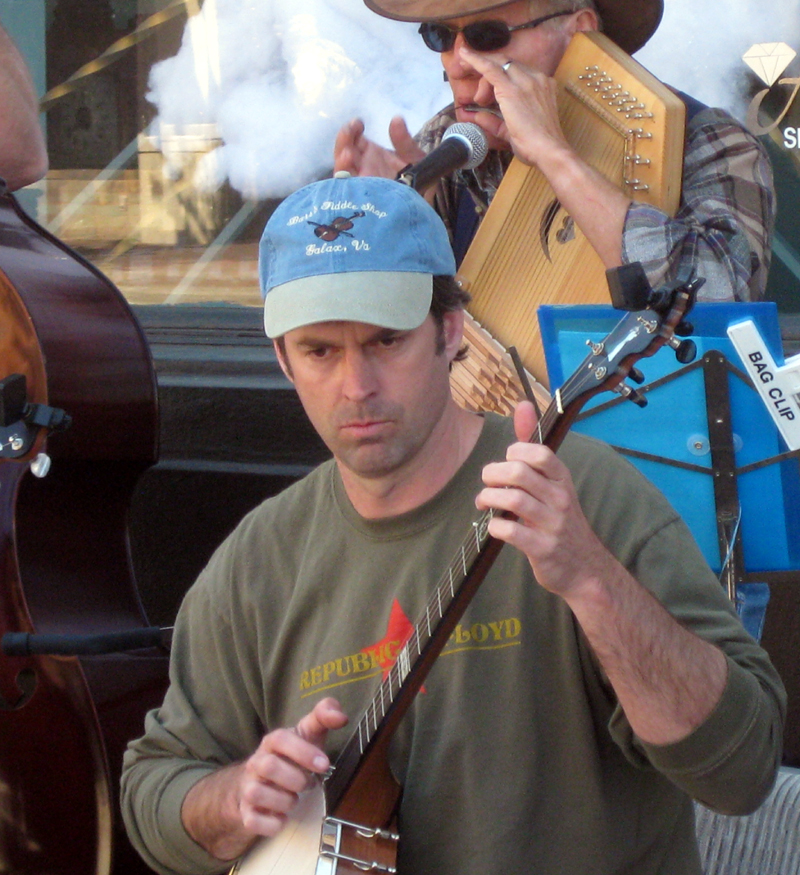 All in all, a big success, the tip jar was jam-packed, there was almost enough money in there to buy a NOS track hub (non-NJS)! 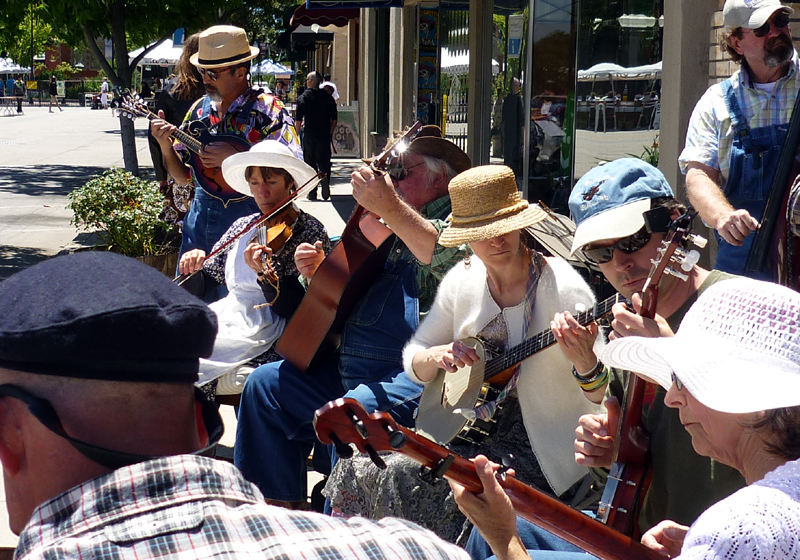