Coolest Bike In The World Un-Stolen!!

Thanks to the eagle-eyed diligence of Sandy from Art’s Slo Cyclery , our 24″ BMX cruiser from the last NAHBS show is home again! I can’t thank Sandy enough, so I’ll do it again. Thank you, Sandy.

After much effort on our part papering the town with flyers, talking to neighbors (or anyone who would listen), and late-night bike patrolling, the lowlife thief was done in by his own stupidity, as these things often go.

The dipshit in question was clueless enough to roll in to a high end bike shop for a bottom bracket adjustment. Although the ‘customer’ appeared to be less of a ‘bike enthusiast’ than a ‘meth enthusiast’, Sandy did not rush to judgment. Who of us, after all, has not been mistaken for a drunken lout, layabout, or ne’er-do-well on  a bad day?

Instead, he employed his CSI-level investigation skills, and did a little ‘Component Profiling (CP)’. We can all learn a little from Sandy, for CP requires careful examination, even the finest, seemingly unimportant, details may be critical to cracking the case ‘wide open’. 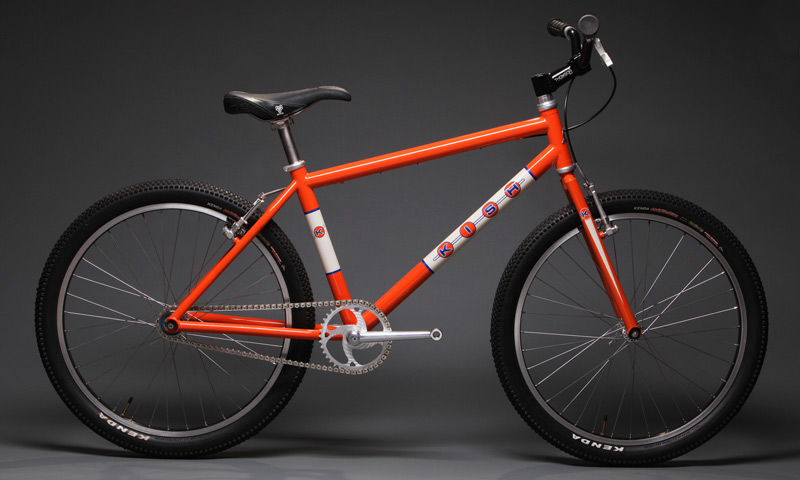 And here it is, fresh from the evidence locker: 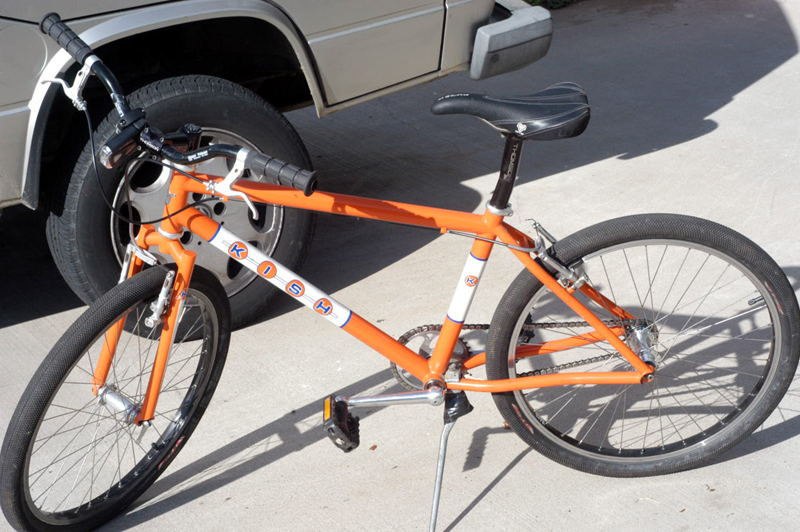 How many ‘tweaker tweaks’, ‘hop-ups’ or ‘meth mods’ can you spot? Look carefully! 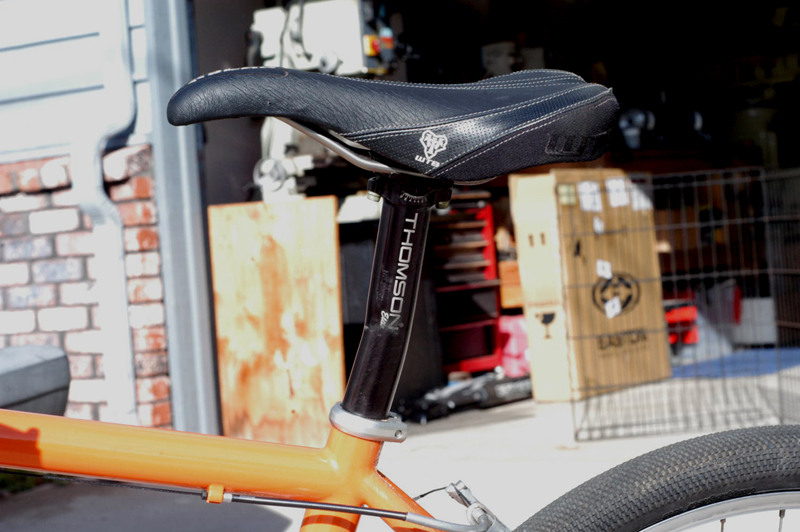 This one’s kinda obvious, a ‘fit enhancement’ to shorten the reach and add tri-dork appeal, but ironically also serves as a good anti-theft device for the seat post and saddle–when you slam it down in the seat tube as far as possible, until the bent section of the post wedges into the frame (note the gash under the ‘N’ in ‘Thomson’). 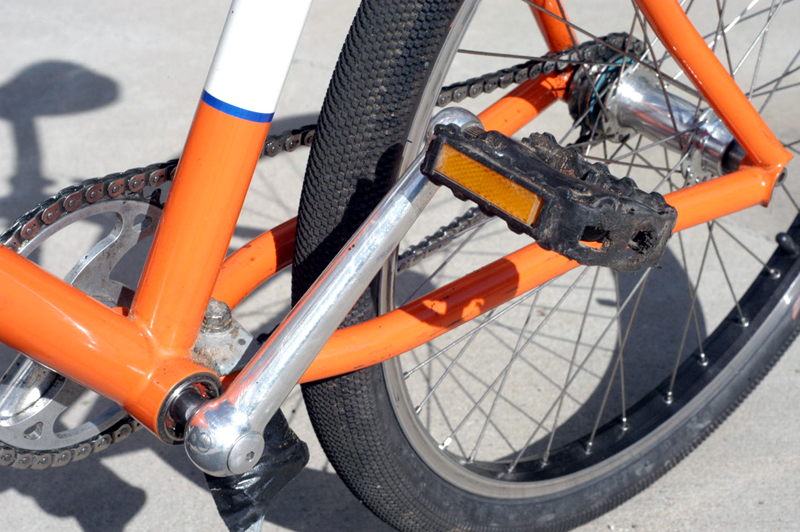 The pros call this the ‘shotgun wedding’, the parts mesh just fine, but would normally never be seen together. Like when you steal the pedals off your little sisters trike and spin them on a Cook Brothers crank. 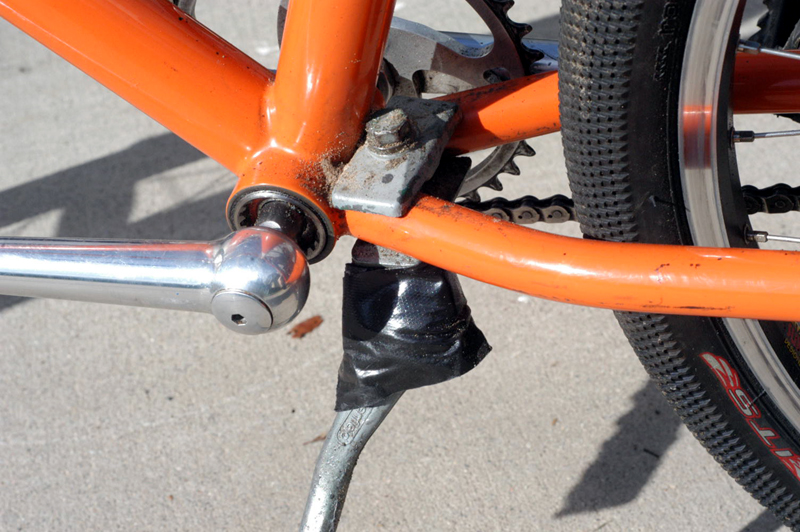 Ever seen a kickstand on a custom titanium bike? How about duct tape on a kickstand, at all? Well, now you’ve seen both. You’re welcome.

There’s more, but this bike is just crying out to be returned to its former glory, and I really should attend to that. To the douche who stole the bike, if you want your pedals, kickstand, and weird lights back, you can find them in the dumpster out back. They’ll be right under the thing that looks like an IED. Enjoy.

3 Responses to “Coolest Bike In The World Un-Stolen!!”