“I had a bag of fritos, they were Texas grilled fritos. These fritos had grill marks on them. They remind me of something, when we used to fire up the barbeque and throw down some fritos. I can still see my dad with the apron on, better flip that frito, dad, you know how I like mine.” 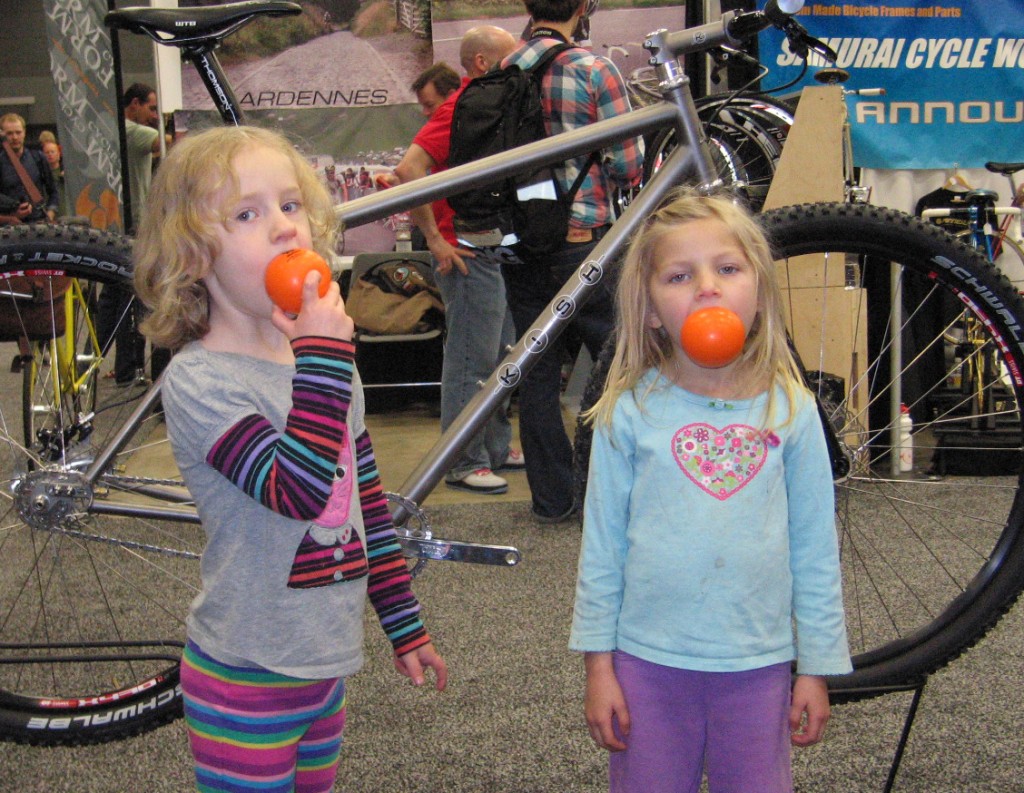 Whew! Here we are, nearly a week after the North American Handmade Bicycle Show in Austin , and I’ve only just come down from a 96 hour, post-show, celebratory barbecue bender. Why celebrate? Well, for one because Texas is the greatest state in the Union (anyone who lives there can corroborate this fact), but also because we came home with the NAHBS award for Best Titanium Frame! 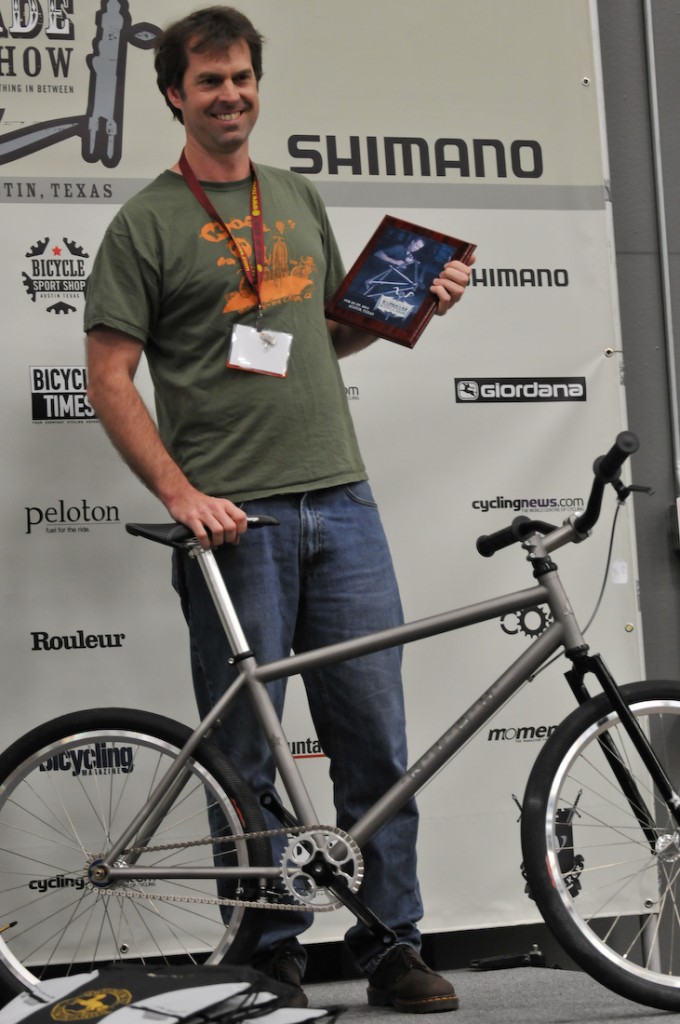 No one understood why, in my rambling acceptance speech, I thanked the Grover Beach meth enthusiasts for the inspiration to build this particular bike, but no matter. It was a glorious moment anyway.

Once the brown truck rolls up with our show bikes (and the pallet of pork cracklins I bought in my haze), I will post some pictures of  the award-winning little fella. Until then, here’s some good links to our bikes and some other stuff:

A nice blog post by a NAHBS writer, chock-full of last-day-show-delerium quotes

Awkward dudes smiling with their bikes

A few pics of a SS 29er, that it now freezing it’s saddle off in Nebraska

That’s all for now!

One Response to “An awesome, Austintatious, artery-clogging adventure!”