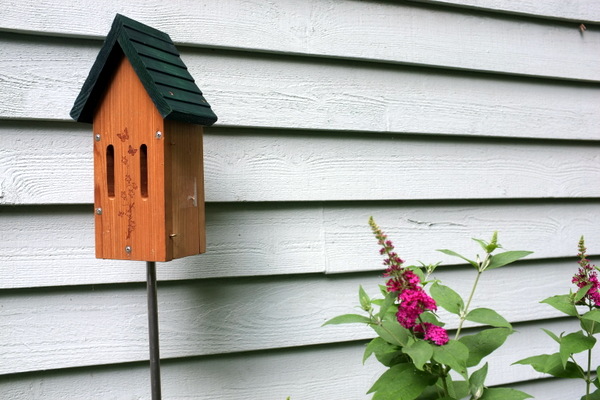 Sorry it’s been a while since this blog has been updated, but I’ve been spending most of the past month building the prototype for our new Butterfly House Perch Pole. I think I’ve got a good design, so unless I’m misjudging the market, we’ll probably be phasing out bicycle production within the next month or so.

Until then, here’s some bike junk!

First off, we’re going to be selling some nice titanium handlebars.

They’re wide (so wide they don’t even fit in the photo!), about 720mm, and beefy so you don’t have to worry about them flexing all over the place. They come with an aluminum shim, either silver or black, to size them up to 31.8mm. They have a slight forward sweep (about 25mm) before their 20 degree back sweep, so your hands wind up in your normal position when all is said and done. Uncut, they’re about 300g with the shim. They’re finished the same way our frames and stems are finished, so they’re a perfect match. These bars cost $160

Next, a few odds and ends clogging up our failed-state of the art inventory system. Most of this stuff we only have one or two of, and we won’t have any more. Ever! We just want to get it out of here, so it’s priced accordingly. None of this is in the web store, so if you’re interested email to info@kishbike.com and we’ll send you an invoice. 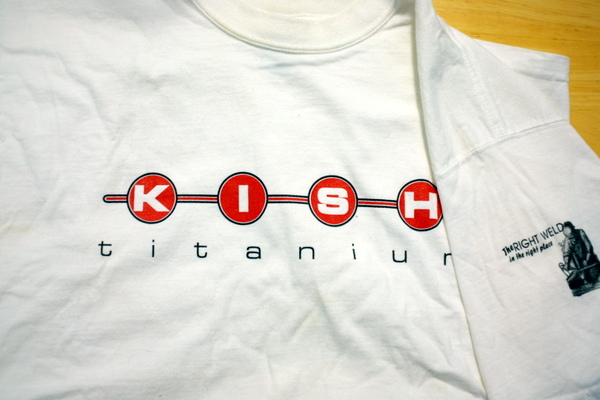 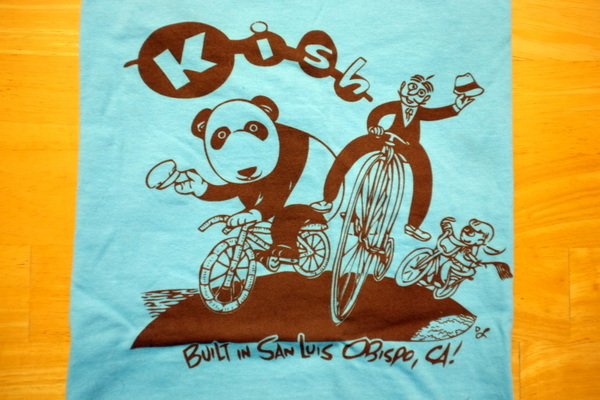 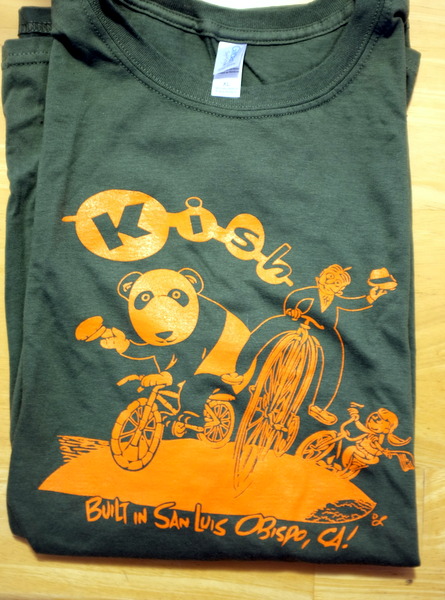 Here’s the dude version of above shirt, we have one left, size XL. This shirt is $10, shipping is $2

If you’re still reading, here’s your reward. A relic from the Great Logo Wars of the early aughts, these were only sold under the counter at the 2005 NAHBS. This is your chance to get in on the world’s tiniest inside joke. The front features an unholy fusion of Retrotec in my logo.. 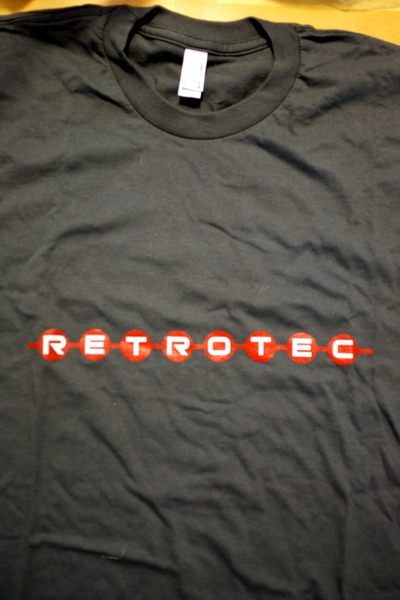 And the back is my name in the Retrotec logo. 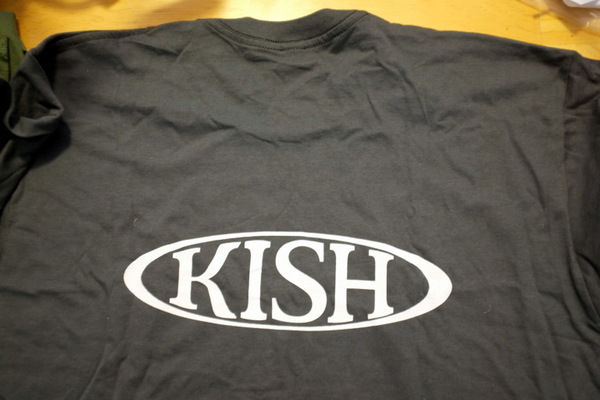 If you like shirts with a message that requires a lot of explaining, and results in a lot of quizzical looks, you are in luck! There’s just one left, it is an American Apparel size Large. This shirt is $20, shipping is $2.

If you need a nice book to flip through while you’re wearing your new shirts (all of them at once), consider this one: 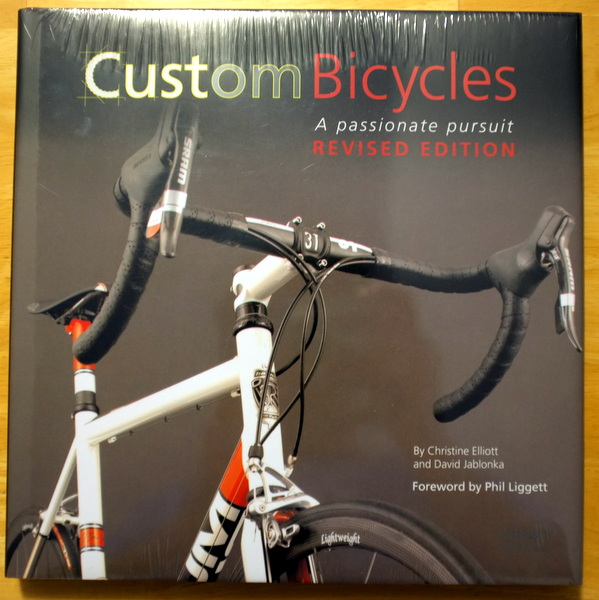 You can read about this book on Amazon. This is the second run, essentially unchanged from the 2005-ish first printing. if you’re reading this, you’ll probably like it. Lots of neat bikes, and a few lame ones. And a few made by me. We have two sealed copies of this book, they cost $20, shipping is $5.

Next, something you simply can’t put a price tag on! A dip into the ol’ mailbag produced this crazy Bell saddle, sent to us by Australian Kish loyalist John P.: 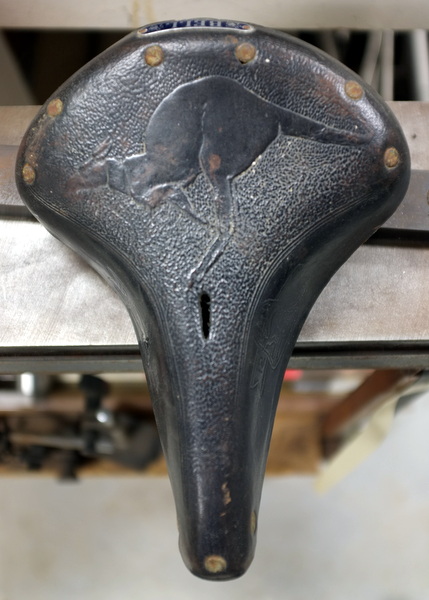 In some weird sort of cultural exchange, John figured that as long as we were sending a decent amount of titanium bikes to Australia, he would correct the trade imbalance by sending an old saddle with a kangaroo on it. And I can not argue with that logic. Thanks mate!

One more bit of embossed kangaroo and I’m out of here, cheers! 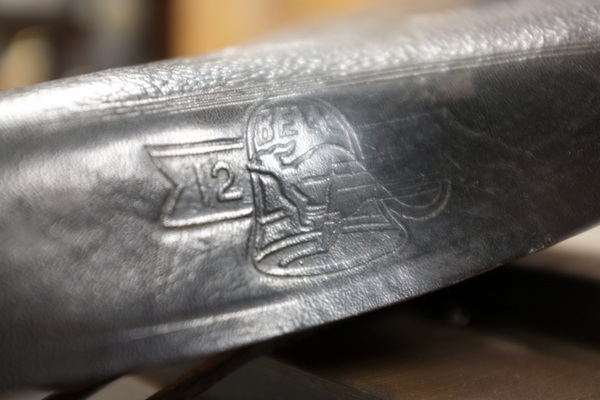