Hey! Been a while, huh? In case you’ve been wondering if we went all Rip van Winkle on you, we have not.

The blog has been backburnered somewhat, we’re trying to do a little more updating, shameless promotion and general snark via @kishbike on Twitter , kishbike on Instagram, and the usual  Facebook page. And for crying out loud people, follow us on Twitter and Instagram! I think my grandmother has more followers, and it’s just downright embarrassing at this point. Since most of the bikes we’ve been working on have been documented there, I won’t repeat the pictures here.

This is old news for some of you, but we officially have a titanium fatbike in the lineup now. 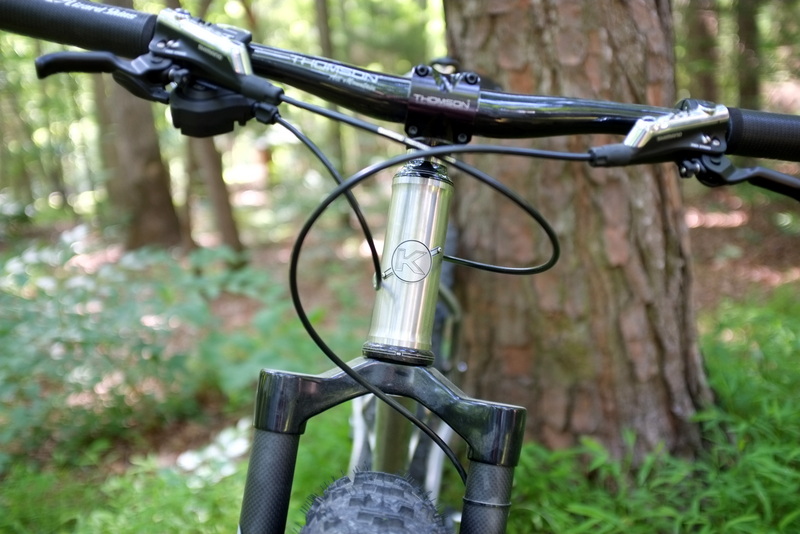 We’ve been meaning to get this one out for an official photo shoot, but it keeps getting dirt on it somehow. So, they don’t have a place on the website yet, but here’s the salient features:

-This bike has big-ass tires

-This bike is fun as hell to ride

-This bike makes you attractive to whatever people you are trying to attract (and even more of whomever you don’t want to attract, but geez, what do you expect, you big baby?) 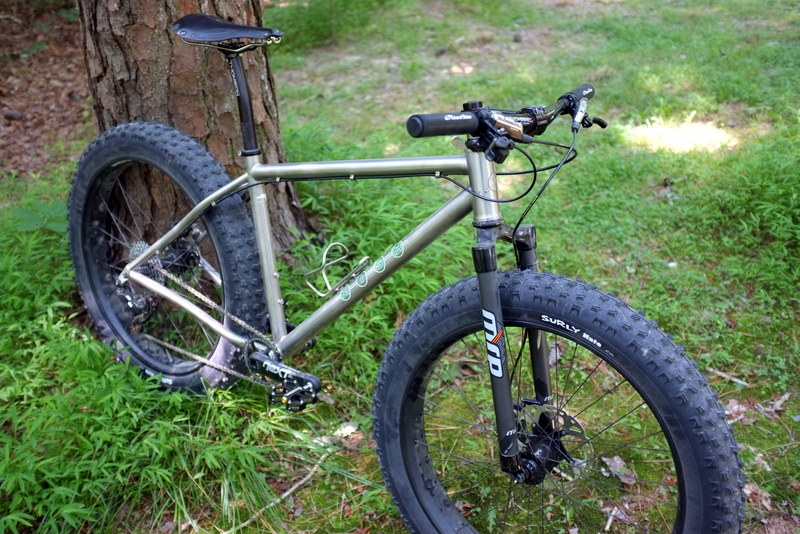 Also, they are all custom, like all of our bikes. They fit 3.8″ tires, and can be set up for 1x 2x or 3x gearing combinations. The standard configuration has a 170mm QR rear end, but thru axle is an option. 44mm headtube, post mount 160mm disc. Of course there’s lots of other options, and we will have a standard 1x parts kit with a couple of wheel options on the site soon, but in the meantime just ask. Frame price is $3300.

Speaking of fun things in the woods, our bud Moonshiner Wayne from the *cough* reality show Moonshiners showed up here during a , uh, business trip and picked up one of those damn mason jar cages we never shut up about. We signed a 10 year, 5 million dollar endorsement contract, which I hope will work out alright for us. It seemed like a good idea at the time, but I guess I was feeling a bit lightheaded when I signed it. Also I was temporarily blind. 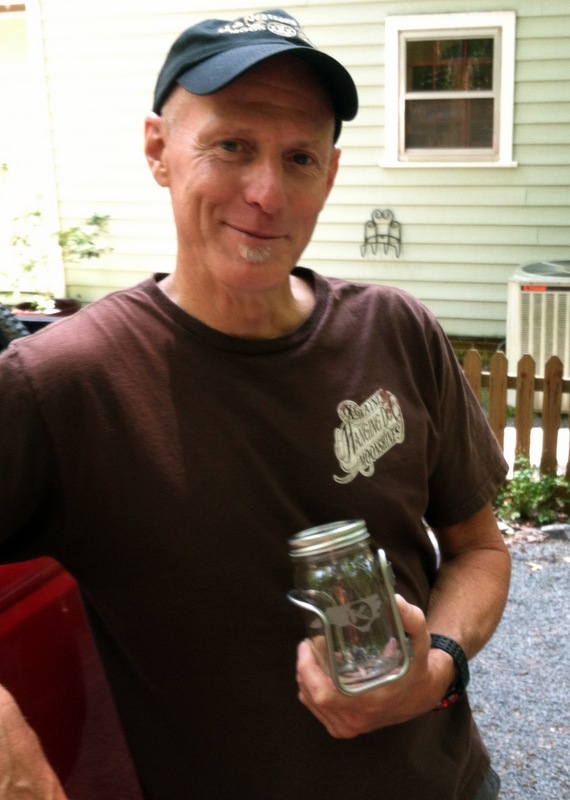 (business tip #1: don’t wait until after a product you sell is unavailable to snag a celebrity spokesperson)

In addition to being ‘some goober from a TV show’ as he put it, he’s also a fast MF on a bike and a good storyteller. Sometime I’ll tell you all the cool stuff I learned about his show (spoiler alert! they all get really drunk!)

Outside of that nonsense, we’ve been busy with GRAVELPOCALYPSE 2014. We have a new fast-as-hell gravel racer flying the Kish flag, Kelly Klett. We’re super stoked to have him on board, you’ll be hearing more about him as he wages his campaign of hurt across the Southeast.

Also, word on the street is one of our bikes is featured in Road Bike Action’s Tribute to Crumbled Rocks this month, but I haven’t seen it. From what I hear that is an actual print magazine, and I don’t know where you’d even go to buy something like that.

Last, we’ll have some new jerseys available in about a month. We’ll have them in a couple of different weights, so you can fine tune your wardrobe according to exactly how disgustingly hot it is where you ride. For the first time, we’ll have matching shorts and bibs too. Exciting, right!? Yeah buddy!!